Should you add fodder beet to your dairy herd's diet?

Farming for profit rather than production is the key to running a successful farm business. This is particularly true for dairying, where the cost of feed is central to the operation’s overall efficiency and profitability – there’s no point increasing production if the feed costs wipe out any gain in revenue.

Herds need to be kept healthy as well, which means any change to their diet needs to be carefully considered.

One feed option that has become increasingly popular is fodder beet. In this blog, we explain why you might want to consider adding fodder beet to your herd's diet.

Fodder beet is ideal both for general winter grazing and as a high-quality addition to a herd’s diet that can help extend its milking season. Cows in Canterbury and Southland are now likely to have fodder beet in their diet for up to six months of the year, and 40% of replacement animals are wintered on fodder beet. Nationwide, fodder beet plantings now cover more than 75,000 hectares, up from 1,000 hectares in 2007. Fodder Beet is also being used as a supplementary feed on some sheep & deer farms around New Zealand as well! 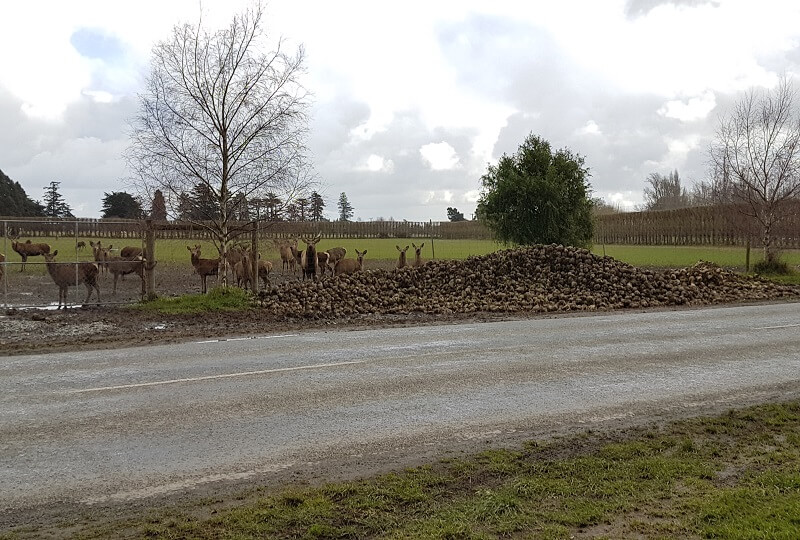 Fodder Beet has become a common site in Rural New Zealand over the winter months, such as by this deer farm here.

Should you be using fodder beet on your farm?

Fodder beet has its pros and cons though, and whether it is right for your farm needs careful consideration.

In its favour are a long shelf life, both in the ground and harvested, a high yield potential when grown well, and its consistency and high quality. On the other side, fodder beet also brings some animal health challenges, both when transitioning a herd onto it and also once transitioning is complete. The good news is that avoiding those pitfalls is becoming easier as farmers and their advisers learn more about the crop and how to manage the risks.

The main risk at transition is of rumen acidosis. Cattle are prone to this when transitioning to any kind of feed, but beet’s high sugar content can increase the risk by leading to a build-up of lactic acid in the rumen. The solution is to slowly introduce fodder beet to the herd’s diet over two to three weeks, gradually increasing the amount while reducing the allocation of pasture or silage, there are a few points to note which are gone over in this blog: Transitioning stock onto fodder beet 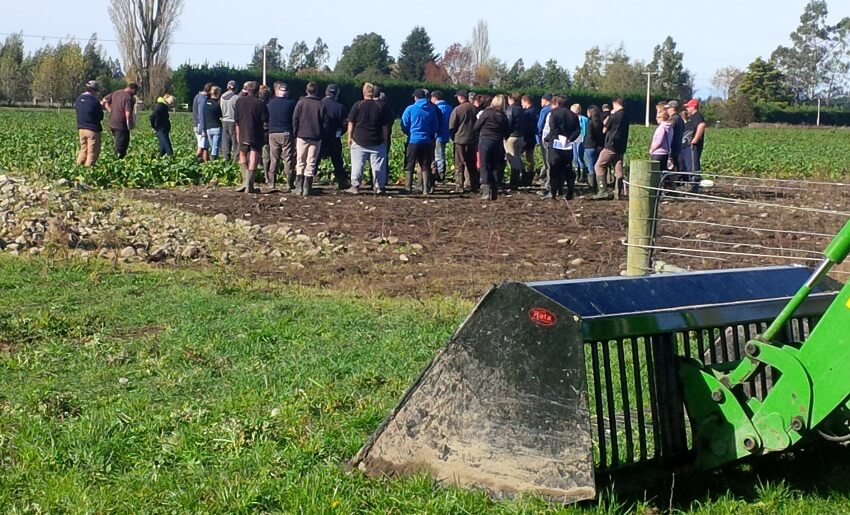 Rata Beet Buckets have been at the heart of many farmers fodder beet feeding systems since the crop became popular in New Zealand many years ago.

Feeding fodder beet is like many other aspects of farm management – there are risks if you don’t get the basics right but much to gain if you do. A gradual transition, careful monitoring of herd health and secure fencing of feed breaks will significantly reduce the risks while giving your herd access to a high-quality supplement that requires little fertiliser or other inputs to produce a high-yielding crop. Fodder beet can substantially increase the winter carrying capacity of a farm, allowing for more stock or opening up other opportunities for the operation.

Find out how to transition your stock onto fodder beet: HOW TO TRANSITION STOCK ONTO FODDER BEET