The history of Vogal since 1958

Recently here at Rata we dug through some of the old Vogal archives dating back to 1958 when the company first began.

Vogal's history goes all the way back to 1958 about 13 years after the end of WW2 in Hamilton NZ, when Vivian Gallagher made everything from clothes lines and playgrounds to chisel ploughs and fertiliser spreaders. Very soon however it became apparent the future lay in the manufacture of high quality New Zealand made equipment for farmers of that era.

Do you know someone with a spreader that looks like one in the above picture? If so get in touch with us, we'd like to know.

The Vogal range very quickly grew to include and focus on the following types of equipment: 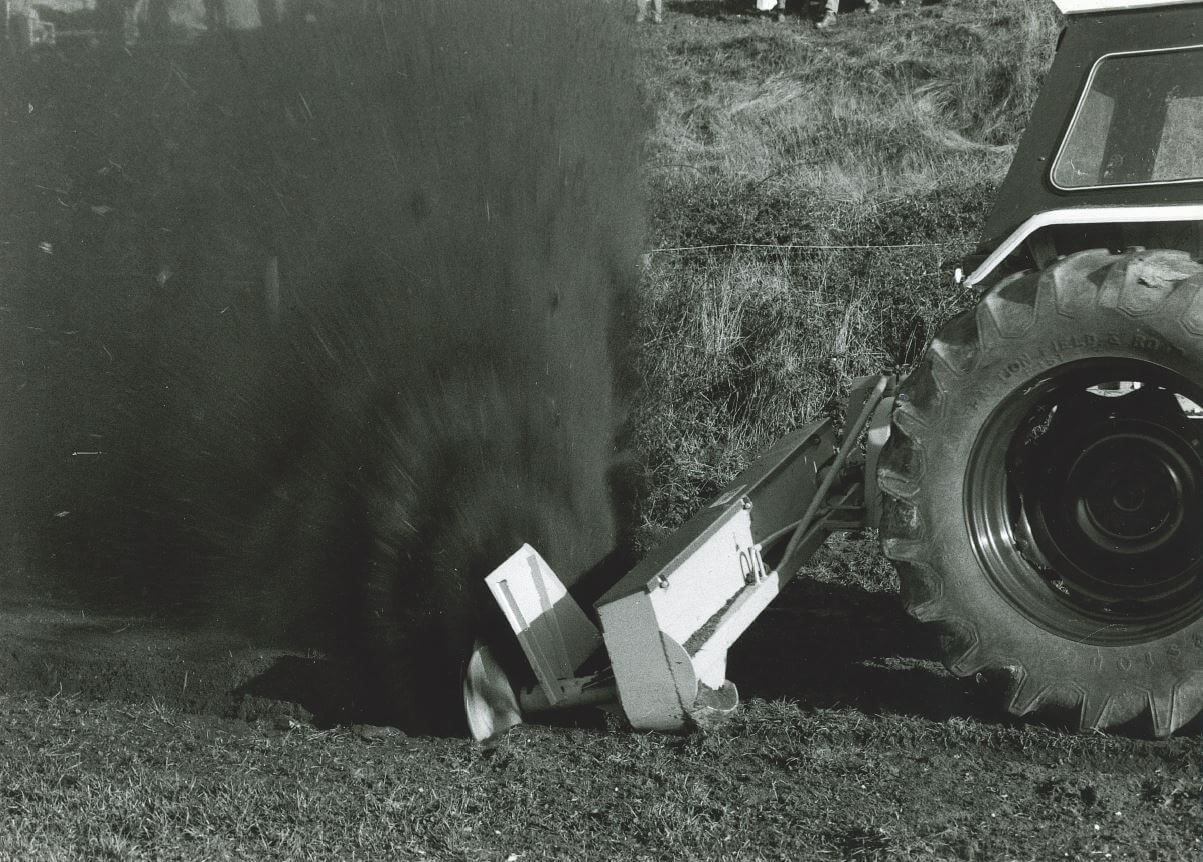 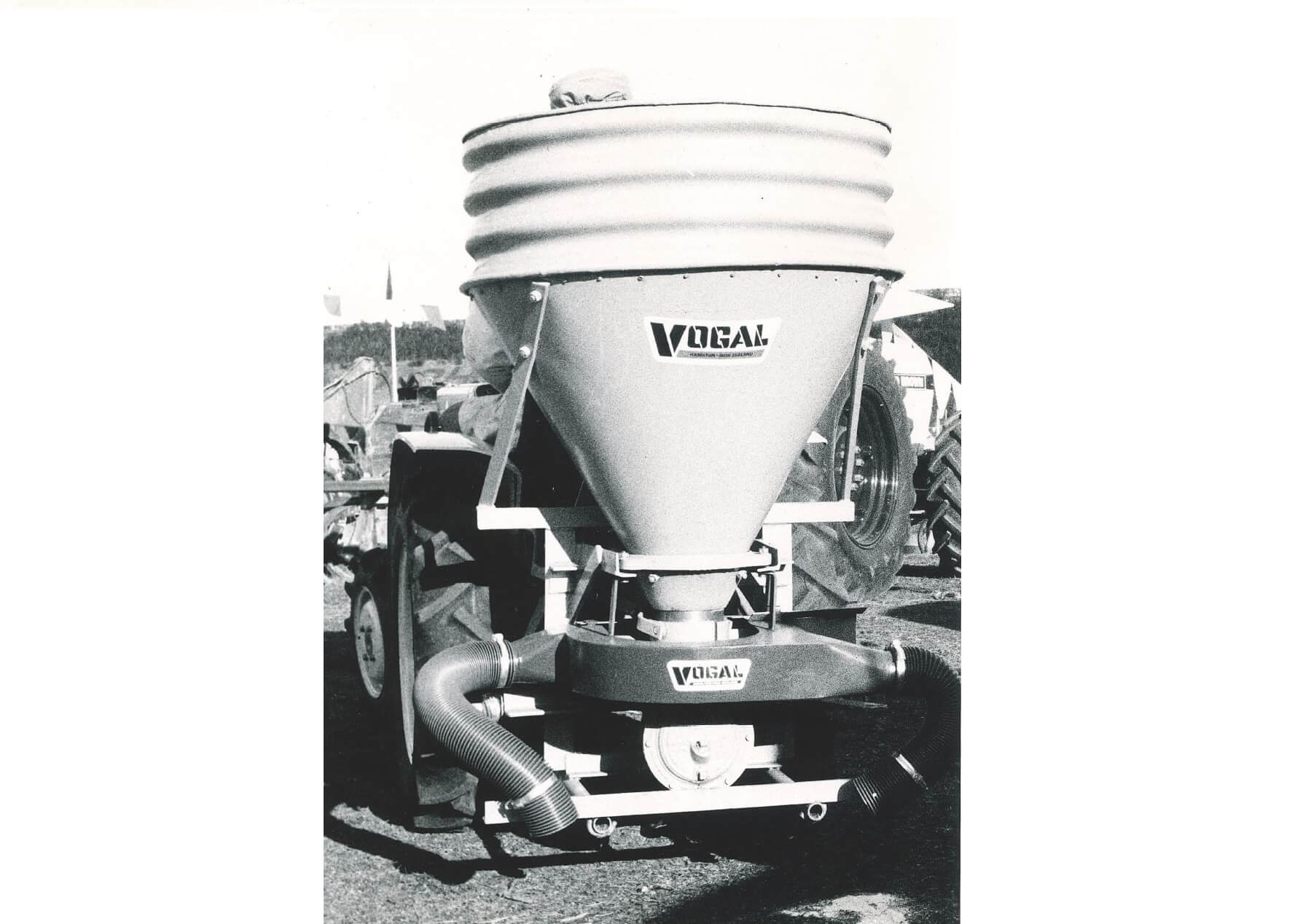 To our knowledge, the Vogal airblast top dresser spreader was one of the company's first forays into the spreader market, now over 50 years later the Vogal range consists of fertiliser spreaders only.

It is worth noting the original gearboxes on the early Vogal spreaders (such as in the above picture) were designed and manufactured by Vogal itself!

It is also our understanding that the above picture was taken at one of the first Fieldays in New Zealand. 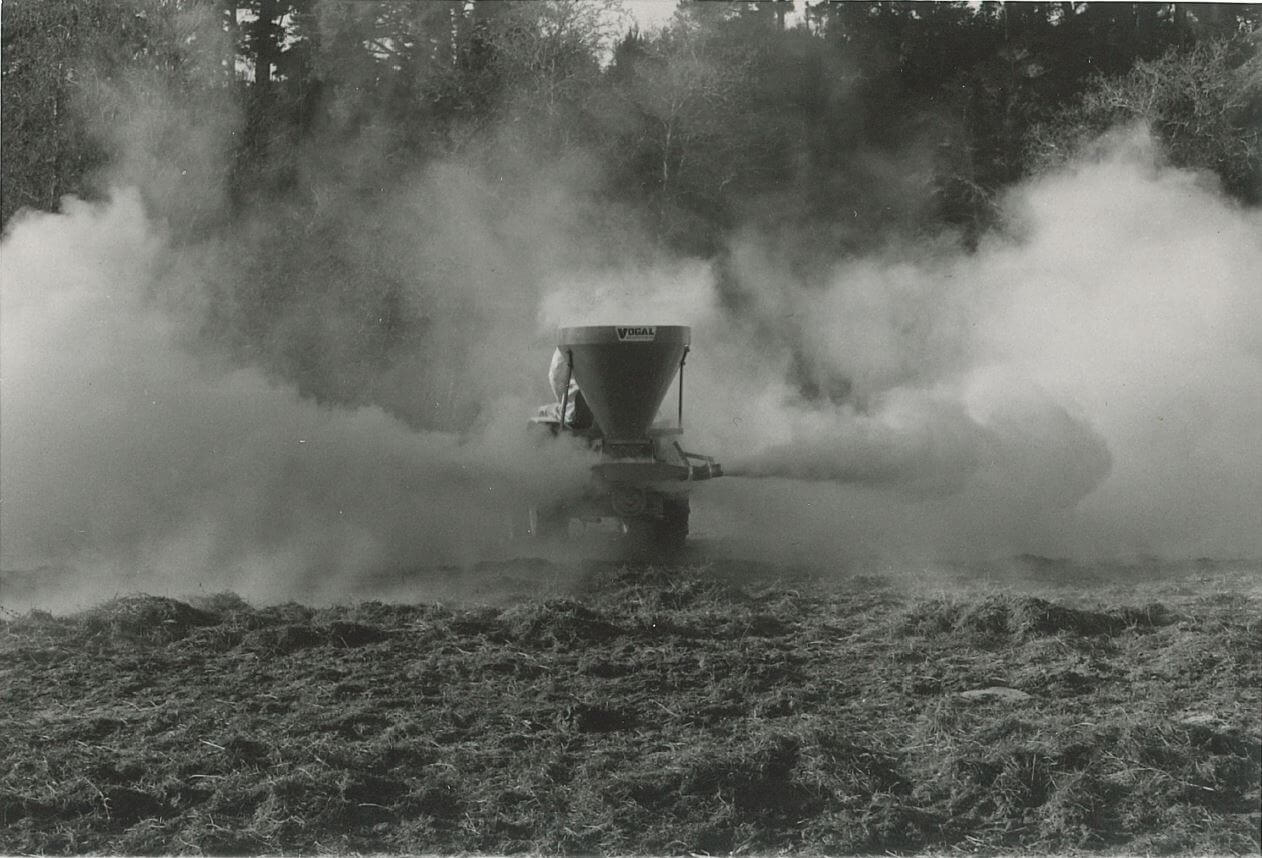 The above picture shows the early Vogal Airblast spreader at work spreading/ blowing powdered lime or gypsum type of product. 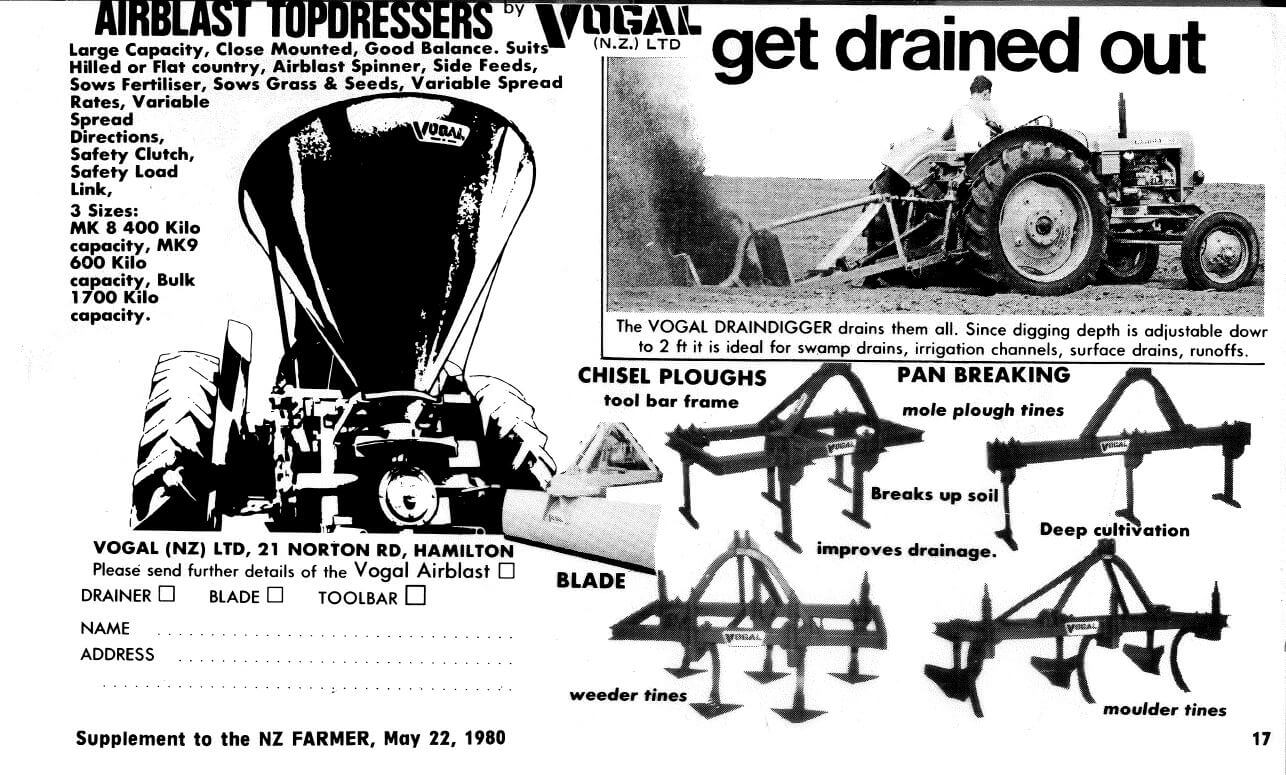 The above advertisement from the 1980's in the NZ Farmer shows a selection of the Vogal range that was available at the time, ranging from the Airblast spreaders to drain diggers and tool bar cultivation equipment. 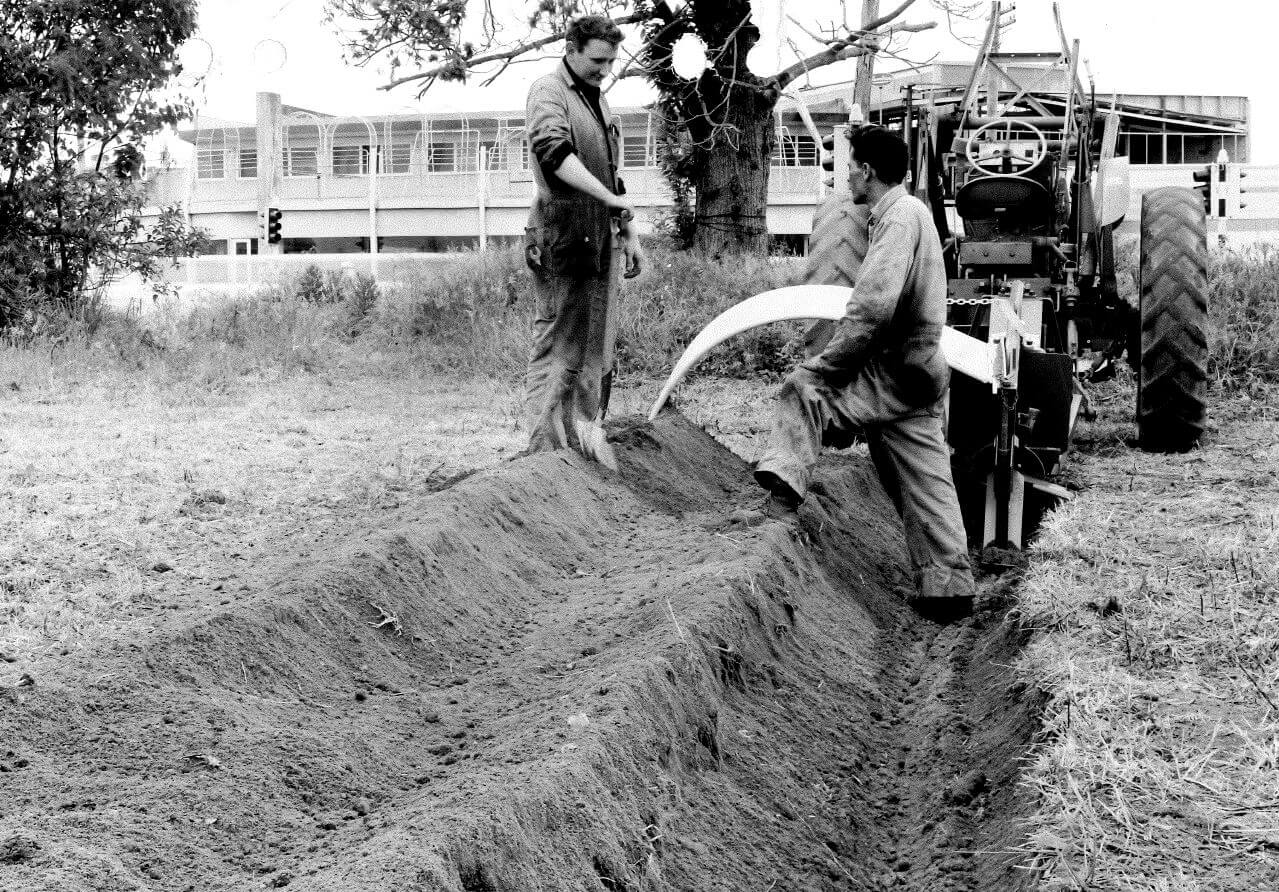 Research and development has been core to the Vogal brand throughout it's history, in this undated photograph from the Vogal archives we see members of the Vogal team in the early years trialing and testing the drain digger. The same spirit of development is still alive in the Vogal brand at Rata today, with new idea's being put to trial and test continually.

In this picture we see some of the earlier Vogal mowers, once again featuring Vogal's very own designed and manufactured gearbox. The Vogal mowers enjoyed a very good reputation and when Vogal was acquired by Rata in 2012 from Paddon Direct, the Vogal mower line was taken on by Galaxy Group who now manufacture and distribute these high quality NZ made mowers under the 'Pro Mow' name: Galaxy Group - Pro Mow

Vogal has been present at every National Fielday since the first Fieldays event at the Te Rapa racecourse, then known as a town and country event. It is our understanding that the picture of the Vogal Airblast spreader further above was taken at one of the first Fieldays.

Vogal exhibited under it's own name until it's acquisition by Paddon Direct in 1995 when it appeared under the ownership of Paddon's, however in 2012 the Vogal brand was acquired by Rata in the buyout of Paddon Direct. Over these years the Vogal spreaders have featured at the National Fieldays every year. Making it one of the few brands to be present at every National Fielday!

Throughout the Vogal history design's and products are continuously improved upon to ensure farmers are offered the very best in fertiliser spreader design and quality.

Such an example can be seen in the evolution of the TPL750 model spreader over time with noticable changes to the hopper and frame design.

Do you know someone with an early Vogal spreader? make sure you get in touch with us, we'd like to know.

The improvement of the Vogal range has resulted in a range of high quality fertiliser spreaders. Vogal Spreader range