Subsoil Aerators V Aerators - The difference & why it matters 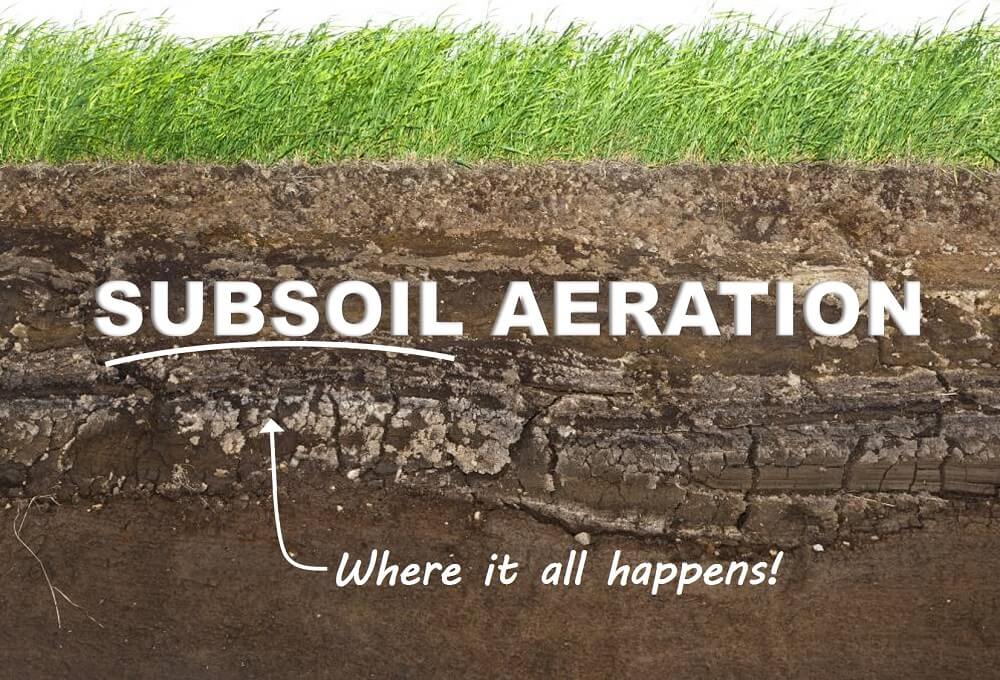 In this month’s blog we thought we’d briefly address the difference there is between ‘Subsoil Aeration’ & ‘Aeration’ – yes, that one additional word makes a big difference!

Often when agricultural landowners first become interested in Subsoil Aeration due to the many benefits it offers, a common point of confusion can be around figuring the difference between a ‘Subsoil Aerator’ and an ‘Aerator’ and how they differ in application & final result.

Ultimately, the difference is in the one single additional word ‘Subsoil’ so let’s see what that means.

What is the Subsoil

To get literal about it, the Oxford dictionary describes the subsoil being “The layer of soil between the surface of the ground and the hard rock below it"

Or according to many agricultural-based research institutes, it’s the horizons below the working depth of 300mm.

The exact depth of the subsoil will vary from farm to farm, but what is clear is that it’s well below the working reach of most conventional tillage methods. And therein lies the issue, a layer of soil that gradually compacts over time and goes onto restrict root growth of pastures & crops, leading onto reduced yields, un-touchable with most conventional tillage methods that are focussed on upper soil layers.

What this means for a farmer

So what’s the confusion?

You may be asking so what’s the point? The point is, many become confused between ‘Aerators’ & ‘Subsoil Aerators’ believing they do the same job but in fact do not. 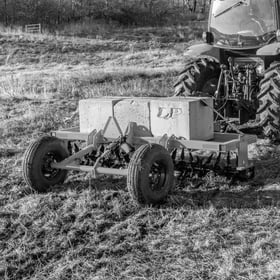 ‘Aerator’ is a term commonly used to describe a spike roller type of aerator which perforates the ground with holes to allow air, water & nutrients to penetrate into the grassroots (often using concrete weights to penetrate the ground).

You must remember this type of aeration has historically been used for green spaces such as lawns, golf courses & sports fields. Situations in which compaction effects are relatively light & in most cases confined to the uppermost layers of the soil profile. As a result, these types of aerators tend to have working depths that max out around 100mm/200mm deep. Most commonly around 8" (200mm)

Do you see the obvious problem here? (Hint: Subsoil refers to the horizons below 200mm/300mm working depth)

Now, given that the weight of the average 120hp tractor that’s commonly found on NZ farms is around 5,000kg (compare that to a golf cart weighing 400-500kg) or the total weight of a 15-member rugby team of 1,500kg compared to the 305,000kg weight of the average 610 head NZ dairy herd it’s pretty obvious you’re going to be dealing with another whole level of compaction issues in an agricultural situation than your local council has at the bowling green or golf course.

As hopefully illustrated in this example of 500kg dairy cows v rugby players & 120hp tractors v electric golf carts, the much greater weight & compressive force from livestock & heavy machinery is going to create compaction issues much deeper into lower soil layers. As in, the compaction is going to reach down into the Subsoil layers which are 300mm and below.

So what is Subsoil Aeration then? 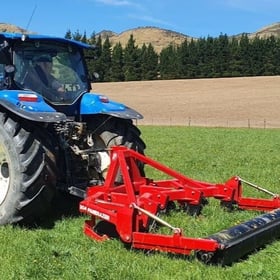 Believe it or not, Subsoil Aeration is the method of aerating that actually reaches deep into the subsoil! The prime difference between these two styles of aerators is a Subsoil Aerator uses shanks/legs that penetrate down into those lower layers, with a foot that provides a lift as the subsoil aerator runs through the ground. This upward-lifting effect creates fractures in the soil, making it more permeable thereby removing compaction & making the soil looser.

This method is shown in practice in the below infographic. By causing upward lift the Subsoil Aerator fractures all soil layers between the foot & surface.

So to sum up, A subsoil aerator will reach deep into your subsoil layers to fracture the soil structure enabling greater water, air & moisture flow through all soil layers it's working in. Whereas most soil aerators will only work the topsoil due to a lack of working depth, not to mention the irony of claiming to fix compaction by forcibly rolling spikes into the ground! (at times with the aid of concrete weights!)

Subsoil Aerators such as the Panerazer are what is described as being a ‘Grassland Subsoil Aerator’, as it removes compaction while retaining pasture cover & production.

If you have subsoil compaction issues on your farm its important to make sure you correctly identify the causes (prevention is better than cure) & ensure you have a full understanding of the scope of the compaction issue in your pastures/paddocks before beginning any remediation, only then will you really know what options are going to deliver the best result.

Some common symptoms of subsoil compaction include: